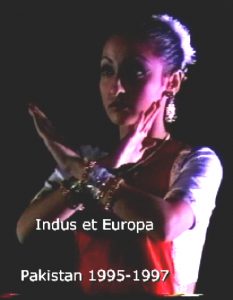 Performance made in collaboration with choreographer Sheema Kermani

As part of a residency in Karachi, Pakistan (presentations in Rawalpindi and Lahore, May 1995 and during the International Festival of Hamburg, Germany, August 1997).

This project has been supported by the network of the French Alliances of Pakistan, the Afaa (French Ministry of Foreign Affairs), the cultural section of the French Embassy and several Pakistani private companies.