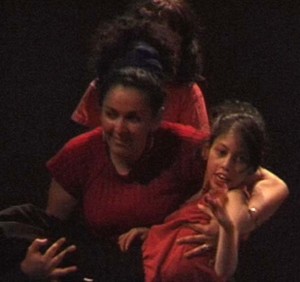 Contemporary dance performances made, since 2007, with a mixed group of disabled and non disabled children.

A Dance and multimedia project for Clai/Clae providing creative activities with mixed groups of non-disabled children together with children with severe cognitive and physical disabilities, including performance making, leading to public presentations, a collaboration between the Educational and Medical Institute Bousquairol, and the Community Center of the city of Villeneuve- Tolosane, each year, 2007-2012.

The Queen of snow: dance and multimedia, April 2012