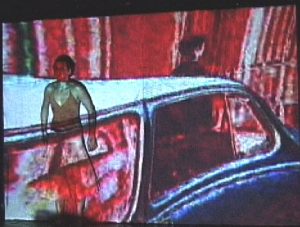 Internet based performance between Mexico and France

The Fronter@ project, as part of a residency supported by the AFAA (French Ministry of Foreign Affairs), proposes creative workshops in Mexico and the making of an “on line” dance, music and video performance, during the “Rio Loco” Festival, 16 June 2004 in Toulouse.

With the support of the French Alliance of Monterrey, Mexico.